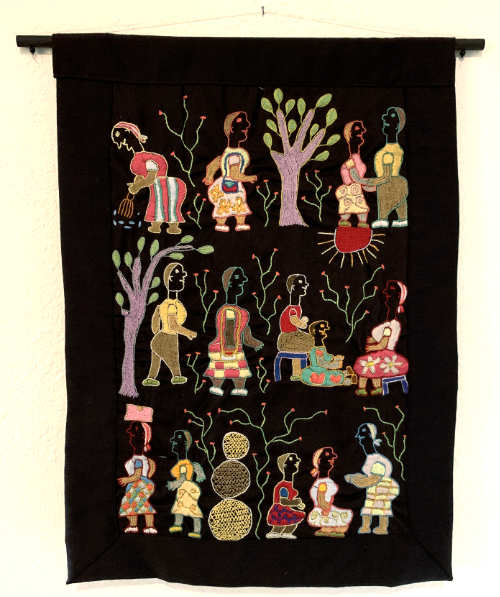 The piece includes the hand written story by the artist.

Grace was born in 1969 in Bindura, the last of six children. She was in 10th grade when her parents died and she had to stop her education. After 2 months as a receptionist in a hotel in Mutare she returned home and began growing tomatoes and vegetables in her parents garden and selling them. She married in 1989 and has six children, including two sets of twins. Grace began doing appliqué in 1992. “I am not a person who wants to stay sitting, saying I have nothing. I want to help myself.” Her favorite topics are based on HIV/AIDS and also on traditional healers.